Mushon Zer-Aviv is a designer, an educator and a media activist based in Tel Aviv. His work and writing explore the boundaries of interface and the biases of techno-culture as they are redrawn through politics, design and networks. Among Mushon's collaborations, he is the CO-founder of Shual.com - a foxy design studio; YouAreNotHere.org - a tour of Gaza through the streets of Tel Aviv; Kriegspiel - a computer game version of the Situationist Game of War; the Turing Normalizing Machine - exploring algorithmic prejudice; the AdNauseam.io extension - clicking ads so you don't have to; and multiple government transparency and civic participation initiatives with the Public Knowledge Workshop; Mushon also designed the map for Waze.com. Mushon is an alumni of Eyebeam - an art and technology center in New York. He teaches digital media as a senior faculty member at Shenkar School of Engineering and Design. Previously he taught new media research at NYU and Open Source design at Parsons the New School of Design and in Bezalel Academy of Art & Design. Read him at Mushon.com and follow him at @mushon. 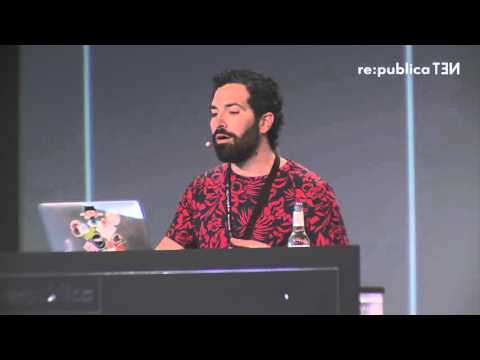