JP Rangaswami joined Deutsche Bank as Chief Data Officer in January 2015. In this role JP is responsible for enhancing the Bank’s data quality and controls. This will help to advance the Bank’s digital strategy and bring competitive advantage.

Originally an economist and financial journalist, JP has 35 years of experience in information technology, primarily in the financial sector. Prior to joining the Bank, JP was Chief Scientist at Salesforce.com where he drove forward the business products and social service innovation capabilities, leading to him ranking 4th in Computer Weekly's 2013 list of the most influential people in IT. He has previously held senior IT positions at a number of leading multinational organisations including BT plc and Dresdner Kleinwort Wasserstein.

He is an adjunct professor at the ECS Department of S.V. He is a Fellow of the British Computer Society, a Fellow of the Royal Society of the Arts, a Trustee of the Web Science Trust and a Trustee of the Computer History Museum, and has written for a number of books and publications, including: The Cluetrain Manifesto; The Gameful World; and Scientific American. His TED talk, Information is Food, has been watched more than half a million times.

re:publica 2016 – JP Rangaswami: The Role of Data in Institutional Innovation 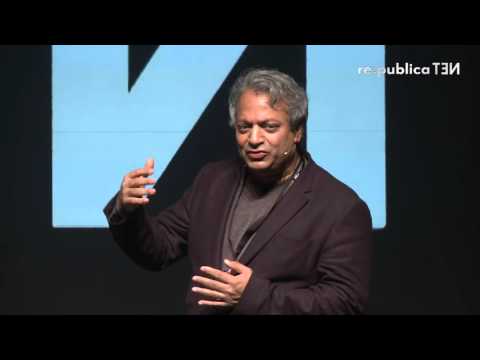 re:publica 2016
The Role of Data in Institutional Innovation